ROAD Fighting Championship announces a change in one match for Xiaomi ROAD FC 041on August 12, 2017 in Wonju, South Korea at the Wonju Gymnasium. As the opening fight on the main card, “Special Force” Park Jung-Kyo was set to meet “Predator” Kurban Radzhabov in a battle of two very aggressive strikers. However, Radzhabov has unfortunately fractured his foot in the final week of training and cannot continue in the fight. 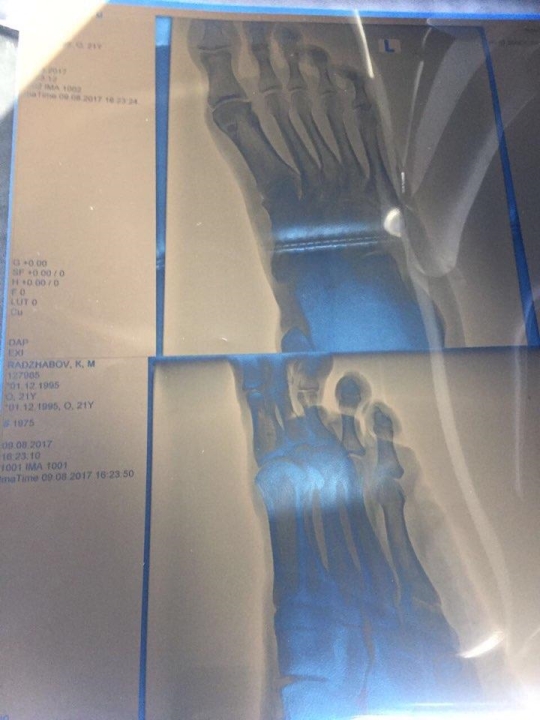 Young Guns contender Kim Ji-Hoon (1-1, Red Hook Multi Gym) has stepped in on just 2 days notice to take the fight at 93kgs. Kim served as the opening bout on ROAD FC 040 and although he lost a decision to fellow rookie Lim Dong-Hwan, it was a highly entertaining slugfest. ROAD FC wishes Kurban Radzhabov a quick and complete recovery. ROAD FC thanks Kim Ji-Hoon for bravely stepping up on very short notice to face Park Jung-Kyo. Although neither fighter expected this match in training, fans can look forward to a thrilling performance from both strikers.

Xiaomi ROAD FC 041 The highly anticipated Openweight rematch between Myung Hyun-Man and Chris Barnett is sure to be a fireworks display. Myung is hungry to finish a fight in a fair way, and Barnett, with a clean bill of health, is anxious to get back in the cage to show the fans what he’s really about. “High School Fighter” Lee Ye-Ji faces Japan’s Maesawa Tomo in in a battle between two well-rounded fighters that will be youth versus experience. Wrestler Choi Mu-Bae versus Muay Thai striker Jake Heun is a style-versus-style match up, but with each fighter holding finishes in the opposite of their profession, literally anything could happen. Bruno Miranda versus Ki Won-Bin are set for a Reserve Match for the $1 Million Tournament, giving both exciting strikers a second chance. “Crying Fist” graduates Park Hyun-Geun and Jang Dae-Young have both proven that their grappling and striking are impressive, and they will fight their hearts out to top their first incredible match.

ROAD Fighting Championship has been at the forefront of the incredible growth. In this new era of Mixed Martial Arts, ROAD is committed to creating more opportunities for all fighters in growth, experience, and support. The amateur and semi-pro Central and Into Leagues provide a structured, safe, and competitive atmosphere for beginning fighters. The Young Guns undercard series brings these up and coming fighters into the spotlight as professionals. ROAD FC events are held in major cities across Korea, Japan, and China featuring the most exciting and well-recognized Korean and international MMA fighters. ROAD FC events are broadcast live and delay in Korea, China, and Japan, Southeast Asia on KIX, and streamed live in the US on DAZN, in China on Panda.tv, in Southeast Asia on SportsFix.tv, and in other countries on YouTube. The full archive of ROAD FC events are available on demand on YouTube and Epicentre.tv, and in China on Xunlei KanKan.

Top 3 Submissions From The Stars Of ONE: DAWN OF VALOR

There Is No Place Like Home For Brazil’s Adriano Moraes

ONE Atomweight World Grand Prix Quarterfinals Set For 28 May

Sunisa Srisen To Teen Sensation Victoria Lee: 'I Will Take Away The Win From You'

Rodtang Jitmuangnon Confident Ahead Of Kickboxing Debut: ‘That Is A Fighter’s Dream’